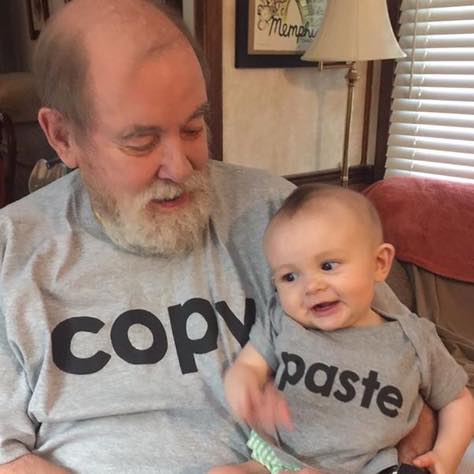 My First Trip to Lakeshore Camp

It was the summer of 1951. I was eight years old and Lakeshore was three years old. Even though it was a long time ago, I remember a lot about my first week at Lakeshore. It began with a bus ride to camp. Parents from all over Memphis brought their excited children to a designated Methodist church and we loaded up the bus and headed for camp. When we got there, we were all greeted by Hamp, (Clarence Hampton), who was the camp director at age 20 or so. Almost the second I got there a boy came up to me who had already been there a couple of hours and told me he had something to show me. We went a little way down the hill and turned over a log and there were a bunch of blue tailed skinks under the log. He said, “Look what happens when you grab them.” And of course they popped their tails off. When you looked around at the skinks, half of them had tails in some stage of re-growing. I knew immediately that this was going to be a memorable week.

Following are some random thoughts about my first trip to Lakeshore: 1.) Camp was physically a lot different than it is now. There was no pool. We swam in the lake and had to get out of the water occasionally when a water moccasin showed up. 2.) You had to decide if you wanted to be in a cabin at the top of the hill where you were close to the mess hall, or at the bottom of the hill where you were close to the bathroom. I always tried to get a cabin in the middle. 3.) One morning we went out into the woods to cook and eat breakfast. The counselor for one to the girls’ cabins was cooking eggs. She had about two or three dozen eggs in a big wrought iron skillet getting ready to cook them over a wood camp fire. A toad frog jumped in the pan, swam across thru the eggs, and jumped out on the other side. We all pretended it did not happen. 4.) I went to Springdale Elementary School and the cafeteria manager was a lady named Mrs. Causey. The food at Springdale was terrible, ugh. Of course Mrs. Causey cooked the food that they gave her. On the first day of camp we were introduced to the kitchen manager. Yep, you guessed it, Mrs. Causey. I thought, “O no! The food will be terrible.” But it was not terrible, it was wonderful. Amazing what Mrs. Causey could do when she had good food to cook.

Our family, the Crump/Murry/Reed family, is proud to be a four generation Lakeshore family. I have not spent the night at Lakeshore in probably forty or so years so I have been a member of the Lakeshore Family vicariously thru my children and grandchildren. I am proud that all my grandchildren, Hannah, Hayden, Haley and Hootie have been on the staff of Lakeshore the last few years. 1951 was my first year at Lakeshore and my great grandson Aiden first attended Agape Camp in 2017. Aiden is blessed with an extra chromosome so he will have some challenges in certain areas of life. He does help me, however, crystalize and understand my hopes and dreams for both him and for Lakeshore. A few weeks ago I made the name-tag buttons for the 70th Reunion. As I was setting up each button with the name of the people registered for the reunion, the phrase, “Remember Who You Are, Remember Who You Are,” keep going through my mind. Some of the names were familiar to me and some were not but I knew that if they were going to the Reunion, they were part of the Family Business. My guess is that Lakeshore has been an important part of the Spiritual Journey of everybody that was at Lakeshore that weekend. My hope for my great grandson is that someday he too will be a part of the Family Business. He might not ever be able to be a RC, but he might. He might not ever be able to lead the music at camp, but he might. He might never lead a prayer or make an announcement, but he might. But what he probably will be able to do is smile and hug and make others happy which seems to be a big part of camp. He could certainly cook eggs and help the frogs swim. So again, my hope for Lakeshore is that they will continue to fulfill dreams and that my great grandsons, Aiden and his brother Mills, will be a part of the Family Business.

Join us as we build the vision for Lakeshore’s future. From now until the end of the year, all donations will go to the Lakeshore Future Fund, split between our Building and Campership funds. We plan to make small adjustments to our space at Lakeshore to improve our ministry and temporarily solve our limited space issues, while continuing to be committed to helping campers come via scholarship.