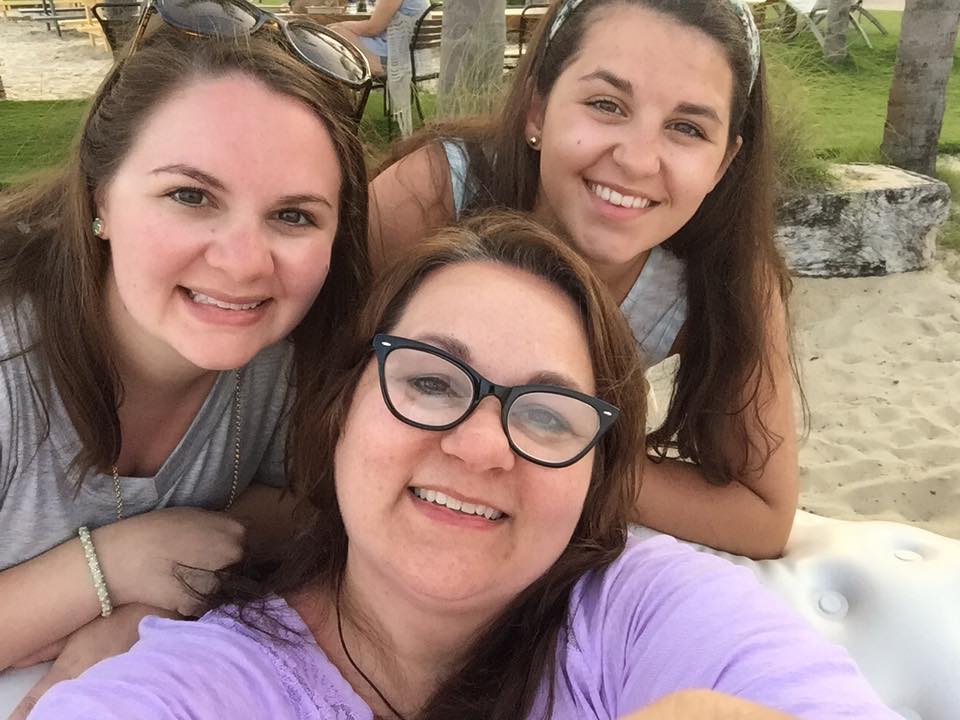 I first attended Lakeshore the summer before my 4th grade school year. I knew my dad, Sam Crump, went there as a child along with my aunt, sisters and lots of cousins.  Just like now, it doesn’t matter about your background, your race, how you were raised, where you are from–everyone is accepted at Lakeshore.  I’ve heard so many people say those words over and over, but it is simply the truth.

Back then camp days started with breakfast prayers up top. Then, as cabin living groups we walked from crafts, to the pool, to outdoor games, to preparing and cooking stew and catching crawdads by the creek during the days. There was always the long hike to Pilot Knob as well.  Evenings often ended at the vesper ring for a full camp worship. When I think back about my childhood camp memories singing, guitars playing, friends opening up and praying aloud at worship come to mind.  Heading back to our cabins and getting ready for bed, flashlights shining on the ceiling, the smell of the trees and sound of crickets thru the screen windows and the hum of 10 box fans at the foot of each bed. We would stay up too late talking, but that was part of the family being built. As those younger years passed, I can remember the night before I went each summer, became more like Christmas Eve. I would be so excited with anticipation, I literally couldn’t sleep the night.

As I got older I can remember exchanging addresses and phone numbers before leaving camp. The next year would be spent staying in touch with my camp family thru snail mail and long distant phone calls. I cringed every month when my parents opened the phone bill. In high school, I spend several summers at Lakeshore as a counselor. I grew in my faith during those summers and also built leadership skills as a counselor.  During those summers, I developed life-long friends.  Lakeshore provided me a safe place to grow.

Years later when it was time for Hannah to experience summer camp we were living in Arkansas. My husband didn’t understand why she couldn’t go to a camp close by, but now he completely gets it. Beginning the first year she was old enough we started one of many three-and-a-half-hour road trips to Lakeshore. Hannah quickly learned her love for Lakeshore and her forever family that was already developing. Not many years later Hayden, Haley and Houston all learned about the love of Lakeshore as well. As a mom, I could not be more thankful for the guidance and relationships they each have thru Lakeshore.

Growing up has many challenges and I know that they have been guided through God’s word and each have a safe place at Lakeshore they know as their second home.  I know they have been taught and encouraged in a safe place.  Although, I missed each of them as they spent summers serving on staff, I often reminded myself that they were exactly where they needed to be. They would have a fun summer, but mostly they would have the peace and time to grow in the spirit that is so easy to feel at Lakeshore. I am so thankful my dad’s parents sent him to summer camp almost 70 years ago.

Join us as we build the vision for Lakeshore’s future. From now until the end of the year, all donations will go to the Lakeshore Future Fund, split between our Building and Campership funds. We plan to make small adjustments to our space at Lakeshore to improve our ministry and temporarily solve our limited space issues, while continuing to be committed to helping campers come via scholarship.