Taylor wakes to a song from The Lion King. This week the counselor has been playing Disney music each morning. They get ready for breakfast. It’s bacon and French toast sticks this morning. Afterwards, the cabin moves together to the Sun Room for the morning theme time.

The whole camp loudly sings The Fruits of the Spirit song that has been popular this week. In the morning theme time, campers read the Parable of the Sower. Their counselors put on a skit about the parable. After discussing the parable, the campers go outside and get to sow seeds around camp.

After a snack break, called “canteen” at camp, it is time for the first activity. The cabin is scheduled to go to crafts with the other cabin in their living group. Taylor makes a friendship bracelet. Lunch is next, and Taylor’s counselors bring down the mail. Taylor has an email from Mom that has a picture of the family dog, Muffins.

After the cabin rests a little, living group 3 walks out to the woods to meet the Staff Nature Director at Lakeshore’s Nature Center. Today, they play a game that illustrates food chains. Then, the Nature Director gets out the camp snake, Sal. Everyone is squealing as Sal wriggles around. 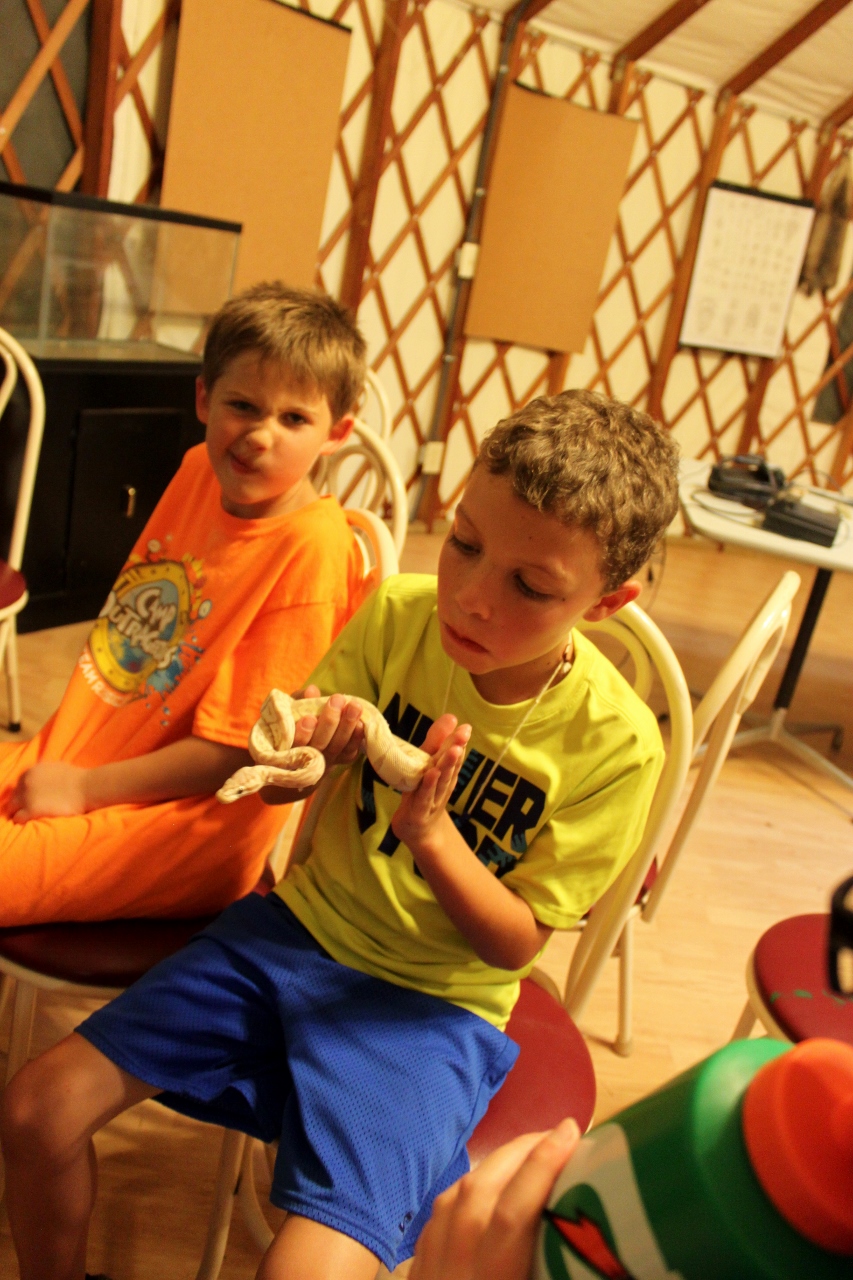 It is time for another canteen break, where cold ice cream really hits the spot, and then it’s off to the pool. The whole cabin makes a chain with their tubes in the lazy river. 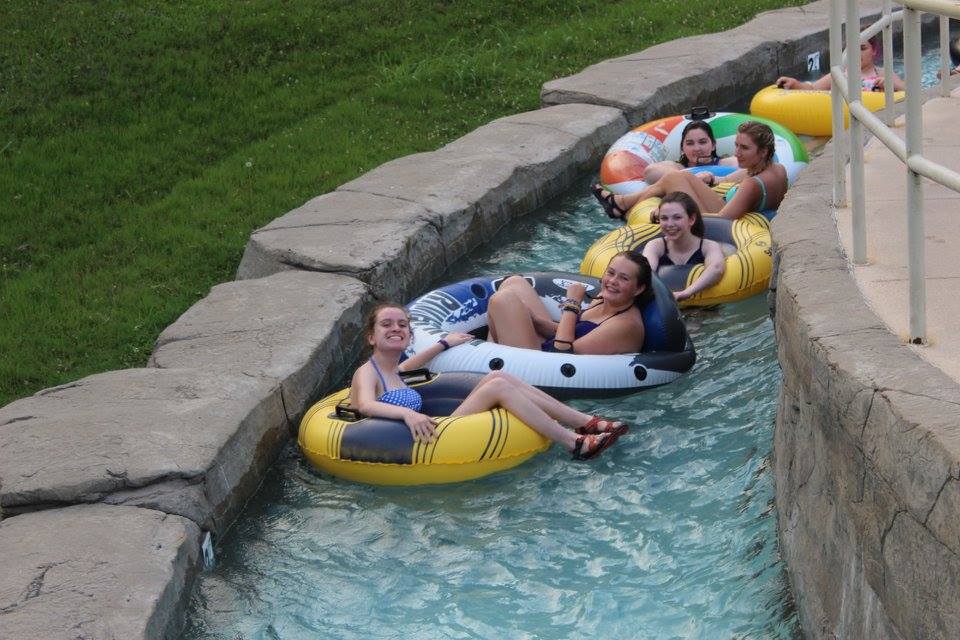 After supper, it is time for the evening theme time. In this session, they are talking about how God seeks them. They are given a scavenger hunt over the whole camp. The cabin works together to find most of the items on their sheet.
Tonight’s activity is Progressive Games. The Activity Staff has planned several wet and messy games, including an all out shaving cream fight. It was awesome. 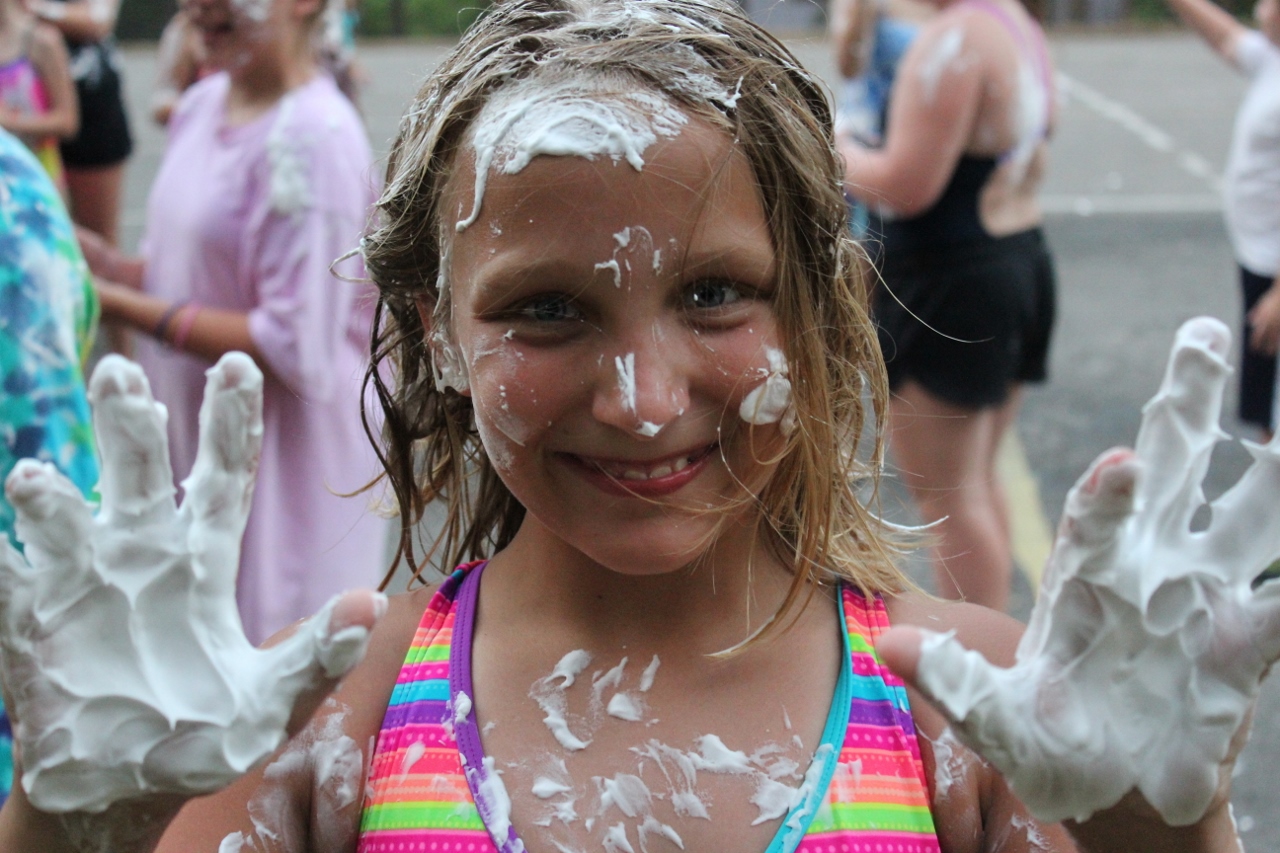 Later, the camp is called together for worship. The Music Director teaches the camp a few new songs, accompanying on guitar. There is a skit that brings back the parables from the day in modern day settings. A resident counselor talks about how God tried to find him when he didn’t even know it, and how God seeks them too.

After worship, everyone returns to the cabin for the night. Their counselors let them play flashlight tag for 20 minutes, then they ask them where they saw God the most today. When everyone has shared, they pray and the counselors tell the group of new friends they need to sleep because there’s another big day tomorrow. Taylor, tries to be still, but is too excited. It wouldn’t hurt to stay up just a little while longer and whisper with all the cabin mates, right?

Taylor loved the week at camp. I bet you would too if you came and spent the week with us. Register today!